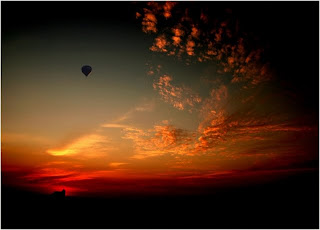 Image: bela_kiefer / FreeDigitalPhotos.net
I am sitting in a Starbucks writing my blog and freezing, wishing I was in the heat of the yoga room I JUST got out of. Never satisfied, that's me! :) I am eating a yogurt parfait with a fork because Starbucks for some reason can't seem to order enough spoons, or figure out how to go to the store to get more. This is the third time I've been to a Starbucks, bought a yogurt, only to be told AFTER I purchase it that they are out of spoons. People, really. This is very simple, you know you have inventory of yogurt and you can see you don't have enough spoons. Quick solution, go to the store and get some plastic spoons! I was too hungry and exhausted from yoga to argue with the lady at the counter, I just took the fork and tried to eat my yogurt. It wasn't as bad as I thought it would be, the granola pieces kind of filled in the open spots in the fork, making it more like a spork. Ok, done eating, feel much better...and less hostile over the fork issue. I might need to got back to yoga, I think yoga is suppose to calm you and make you more at peace!

Day 6 is done. Class was good, I felt strong through most of the class. I'm somewhat anticipating the day my body revolts from going to class every day. So far each class has been better than the last but I know there will be a day I can't do one or more of the poses I normally can do well, it is just one of those things about yoga, you never know how your body is going to react. Bikram Yoga is meant to be a daily practice so going everyday shouldn't be a problem but there are always good and bad days and sometimes the bad days can creep up on you.

The guy next to me was taking his second class. It's unfortunate I have peripheral, I caught myself noticing him and I wanted so badly to help him with his form or tell him to breathe, he was struggling so hard. The first few postures I heard grunting and pained moans like someone far away was being beaten. I was thinking to myself, "om my gosh, who is that? What are they doing?" It was only after a few more postures I realized it was the guy next to me! The poor guy was struggling so hard to do each posture.

I've never understood grunting while working out. Does that really help? I've tried it and it just makes my throat hurt. And I've tried scrunching my face like I see people doing and all it does is wrinkle my face. I don't see any benefit to my workouts by doing these things. But I know people do it and some do it without realizing it, I suspect this poor guy today was doing just that. He made it through class though, I was impressed, he tried every posture the best he could and stuck in there.

I saw him after class and congratulated him on his class. He chuckled and said, "Thanks, I don't know what I'm doing in there." "Yes, but you came to class and that is what counts," I said. And that pretty much sums up class 6. Namaste