How I grew cantaloupe without trying 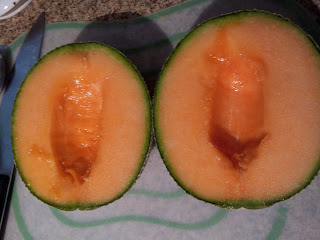 I started with dirt and ended up with cantaloupe; how I grew cantaloupe without even trying.


I started a gardening project early April of this year. I bought two inexpensive garden bed kits, put them together and added compost and dirt. I let them sit there for a few days and then got inspired to plant cilantro, parsley, basil and cucumbers.

I bought a few plants and put them in the ground. I noticed a few tiny sprigs coming up from the compost, I wasn't sure what they were but they looked like tiny bean sprouts to me. I was pretty excited, hoping they were sugar peas (I had thrown out some old seeds at some point.)

I gently pulled some out of the ground and moved them more into a row. Soon they started to grow and clearly were not beans or peas.

Various unknowns in the garden, these photos were taken early May. 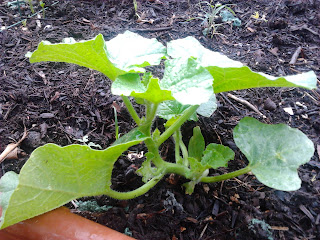 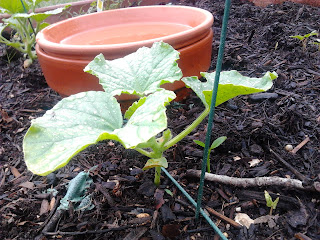 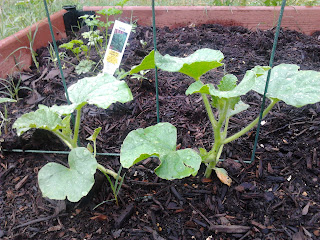 Here are even more unknowns popping up. 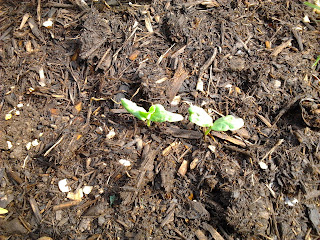 This is how the bed started, mostly herbs, a few unknown plants. 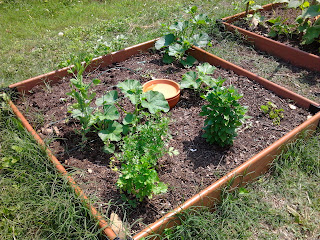 Then the unknown plants started to take over. 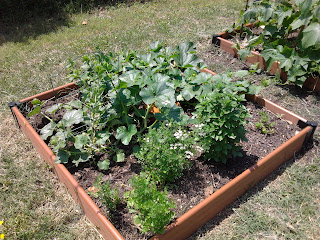 And over....(in the background are the cucumber vines, they also took over the bed.) 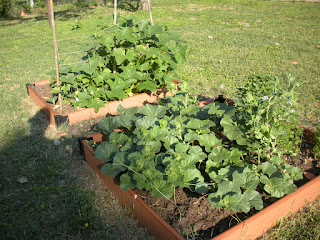 Until I basically had a bed of unknown plants that were pushing out the parsley, cilantro and basil. 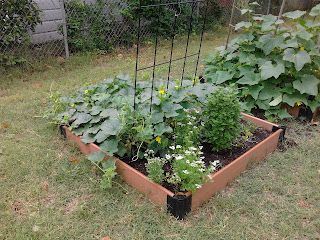 They did start growing fruit but since I didn't plant it I had no idea what it was; looking at photos on the internet only confused me more!


Below are some photos of the progression of one unknown fruit which after weeks of growing I finally determined was cantaloupe! This is actually the third fruit, fondly called #3, I saw growing but it is the one that grew the fastest, I think because of a terracotta pot I put in the middle of the bed (it waters the bed). I should point out it grew faster but it took longer to ripen enough to pick.

If you want to see the entire album of garden photos, click here. Be warned, there are A LOT of photos. :)

Between June 21 and July, I didn't take many photos and what I took is boring, it doesn't look much different. You can view all the photos in the album by clicking the link above. It took about 3 months for this cantaloupe to grow to its fullest size and fall off the vine. It might have stayed on there a few more days if the vine hadn't gotten wet from rain and the weight of the fruit made it fall off. It was interesting to see how long it took to turn brown. I had others that turned brown much earlier and had started later.

Here are some pictures of the actual fruit.

Here are few more that started to grow...looking forward to eating them in September! 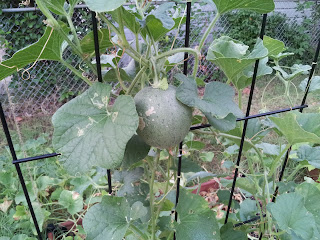 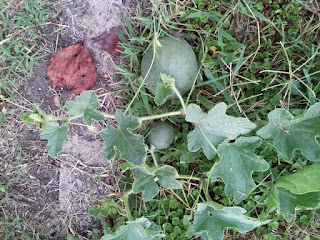 Posted by BikeRunYoga at 9:26 AM