Do You Know How to Order at Starbucks?

A Story in How to Order at "Order as You Like It Places."

Do you ever feel you aren’t smart enough to order food at a restaurant anymore? Maybe it isn’t you. I recently went to Starbucks to get coffee, which I do often, and for some reason I fumbled through ordering.  Everyone knows Starbucks has a method to the madness, every word has its place.  My experience was not jaded in spite of my inability to fit into the “Starbucks” ordering process. This was not the case recently for a poor lady at Chipotle who’s experience was what I can only call typical restaurant employee behavior where they try and force you to order the “right way.” 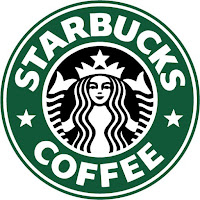 First, the Starbucks Story
I think most coffee places are the same now, they all offer complicated drinks with lots of variations, it is an opportunity for a person it step out from the crowd, to be an individual and show a little personality – that is what custom drink orders are all about. Starbucks is perhaps the master of this option and have gone so far as to print drink ordering booklets to help people order. If you haven’t noticed, Starbucks drink cups have boxes on the side and that is the order a drink should be called out. (here is how to order) I don’t really follow this, I do what I think is natural and order…hoping I get the right drink, which I usually do. On this particular day my brain was still asleep so it came out a little funny. As I started to say my drink order, it came out as “vanilla, skinny, coffee, wait, grande latte.”  The guy behind the counter smiled and clearly was about to cut me a break. He recited my drink to the barista, in the correct order, and smiled at me as if to say, it’s ok, it’s early. I just looked at him, laughed and said “I guess I needed coffee before I ordered my coffee!”

Isn’t it great? Even if you goof up the order they know what you want. I’ve thankfully never had a barista roll their eyes at me for not knowing the order system. I am certain Starbucks has their own language and it is more than just learning to call out your drink in the right order, it is about understanding the “language” of Starbucks.  I understand Starbucks language just slightly better than Spanish which puts me at a huge disadvantage when ordering. It pleases me that Starbucks baristas know not everyone knows their language and they take whatever broken Starbucks words customers can mange and they form them into real drinks, good drinks!

Second, Chipotle Experience
There is Starbucks…and then there are places that have a process of ordering and they like their customers to stick to that process. When you step outside of that process or don’t know how to order, often the person behind the counter will try and corral you back into the order process and you are usually met with ridiculing looks and glares from the other customers who are impatiently waiting for you to understand the menu and how to call out what you want. This happened recently to a poor lady behind me in line at Chipotle. All she wanted was one taco and guacamole. The lady, we will call her Sara, asked “can I just get one taco?” The lady behind the counter looked at her and said “you want #3?” Sara and I both looked up at the menu on the wall, quickly scanning for a “#3” so it was clear what the lady was asking. No #3. “I just want one taco” says Sara, a little more sheepish. “Number 3…you want #3” repeats the lady.  Sara just stares at the lady. Then, because it clear Sara doesn’t understand, the lady points to the “nose” glass that has a kids menu with a #3 that is a single taco. Sara sees this and says “yes a #3 please.”

Tacos at Chipotle come with all kinds of yummy stuff, rice, beans, meat, lettuce, cheese, guacamole, sour cream and lots of salsa choices. If you have never been, you tell the people what you want and you have to go in order or it mixes them up. So the lady behind the counter tries to add rice and beans and Sara says “no thanks, but can I have some of the peppers please?” The lady complies and down the line it goes. There is a guy a little farther down that says “what else?” Sara says “just guacamole please.” He plops it down on the plate and as he does it, Sara says “oh, on the taco please.” “You want it on the taco?” says the guy behind the counter. “Yes please says Sara.” Now lets think about this, so far the poor taco just has green peppers, it seems logical the guacamole would go on the taco, I mean, we are at the end of the line, what else can go in the darn thing? And then an odd thing happened.

Instead of scooping the guacamole into the taco, he gets a new tray, moves the taco and scoops the guacamole into the taco. This is weird only because it wastes a paper tray and Chipotle has changed to eco friendly pressed paper trays and he just wasted one.  But Sara now has a taco with guacamole and peppers, exactly what she wanted. It only took two people and a bit of interpretation to get through the line.

I wonder if Sara felt as awkward as I felt for her. It is hard enough to go eat lunch alone but to be chastised for not knowing how to order just makes the experience even harder!

Two “order your way as long as it is our way” places and two different experiences. I’ll still go to both only because I know HOW to order at both places. I empathize with people like Sara though. Had I had a clue what the lady meant by saying #3 I would have helped her out but I was just as clueless as Sara was! Here’s a helpful tip for restaurant employees…if the customer doesn’t understand what you are saying, repeating the same thing over and over doesn’t make it all the sudden understandable.
Posted by BikeRunYoga at 10:39 PM