Day 27 - Bikram Yoga Challenge: The new vent system is a gift to all the students 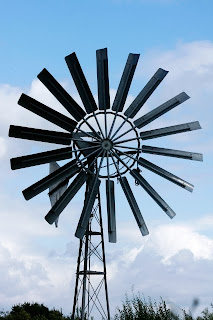 
Here we are, day 27, class 26 of my 60 Day Bikram Yoga Challenge and I am feeling pretty good. I had sort of been dreading going to class and frankly, being social, for the last few days. Sometimes I just get in a place where I prefer to just be alone and at home, which is nearly impossible when you are in the middle of a 60 Day Challenge! I have come out of my "funk" though and am feeling much better physically and mentally. Today I took the regular Bikram class and the Advanced class, which by the way, only counts as ONE class towards my 60 Day Challenge. If you count my Advanced classes, which we aren't, but if we WERE, I would be at 29 classes!

David taught today's class and he was perhaps very funny today. He made a joke about the exhaust system and giving these guys in the back a "gift" when it when went on because they were right underneath it. It was funny because David made a comment to one of them that his friend put them in just the right spot, under the vent. And these poor guys were dying in class, when it came on I instantly saw relief in their faces and everyone kind of laughed because we have all been there.

I think it must have been the first class for one of them and the other one must have been new. At one point one of the guys opened the back door and poked his head out like he was trying to get some fresh air! That was really funny, not sure anyone has every done that!

And it was someone's birthday today so we sang Happy Birthday during the second set of Triangle with was so nice, it makes it a little faster and even if it didn't, you don't really notice because you are focused on singing, a great distraction.

It might have been one of my better classes in weeks, maybe it was the breakfast tacos I made myself early in the morning.....
Posted by BikeRunYoga at 9:29 PM